The following is an excerpt from Read Gandhi in the 21st century, by Niranjan Ramakrishnan (Palgrave Pivot, Palgrave Macmillan, 2013).

It was probably Alvin Toffler who first suggested the source of our unease about change. He noted that it was not the change itself but rather its increasing speed that troubled us – that is, we are pissed off not so much by the speed as by the acceleration. […]

Toffler Future shock came out in the 1970s, and his observation about increasingly rapid change has been proven to be very true. Many would cite as examples the increased speed of communication and large-scale human migration; The Internet would be high on most people’s lists. The speed of change has prompted other futurists to improve their own visualizations of what might be expected in the decades to come, based on the frequency of technological pushes, new materials, and altered lifestyles.

Less obvious is any widespread manifestation of the second aspect of Toffler’s prediction: a concomitant angst and worry over the change… Cures for chronic disease, prospects for endless food and entertainment, guaranteed by organic miracles -engineering for unlimited energy and ubiquitous connectivity, are given in this unfolding technological Panglossia. Those of a more ethereal disposition see in the increased human interaction and diversity made possible by rapid communication and transportation a path to unprecedented global harmony.

Paradoxically, even those who rise up against the misdeeds of modernity, if not industrialization in itself, prescribe solutions which envisage more technology, only they qualify it as “smarter”. The environmental movement can boast of recent Nobel Prizes and the growing number of celebrities going “green,” but the general trend is definitely towards more reliance on technology and technology-based consumption, not less. It is the faith of the world’s elites and its middle classes that science is the answer, that technology is the future, that gadgets will solve humanity’s problems.

This book is a premise [Reading Gandhi in the Twenty-first Century] seeks to examine. He does this in the context of a previous book, the work of a futurist from a hundred years ago. Everyone has heard of its author, but few would consider him a futurist. Indeed, many might regard it as the very antithesis of one; even in his day, it was seen rather as a throwback to an even older age.

Nonetheless, I believe Mahatma Gandhi was a futurist in the best sense of the word. He predicted trends and had the confidence to record his predictions and prescriptions in bold and austere terms. He did it, not in a stray article or opinion piece, but over a lifetime of speeches, writings – and life – starting with Hind swaraj, the remarkable book he started writing in 1909.

The essential mark of a futurist is the ability to visualize something that does not exist; this is just an added bonus if he succeeds. One hundred years later … each passing week seems to confirm the strength of Gandhi’s predictions.

But the context in which he made them is also worthy of attention.

Despite Toffler’s thesis, change – and even its speed – is not entirely new. The Industrial Revolution and its ramifications have changed the world almost continuously over the past two centuries. Even though nowadays we are proud to be the people of “science”, we are only entertaining a loving notion that our ancestors cherished too much. Every gene as it is in the ration in the recent past has been united by its illusion that it alone, always more than its predecessors, is aware of the scientific perspective. It is sad to note that belief in the gods of science and technology has been with us for much longer than our own lives: indeed, they were as much the watchword in the first decades of the twentieth century as they were. are on the twenty-first. 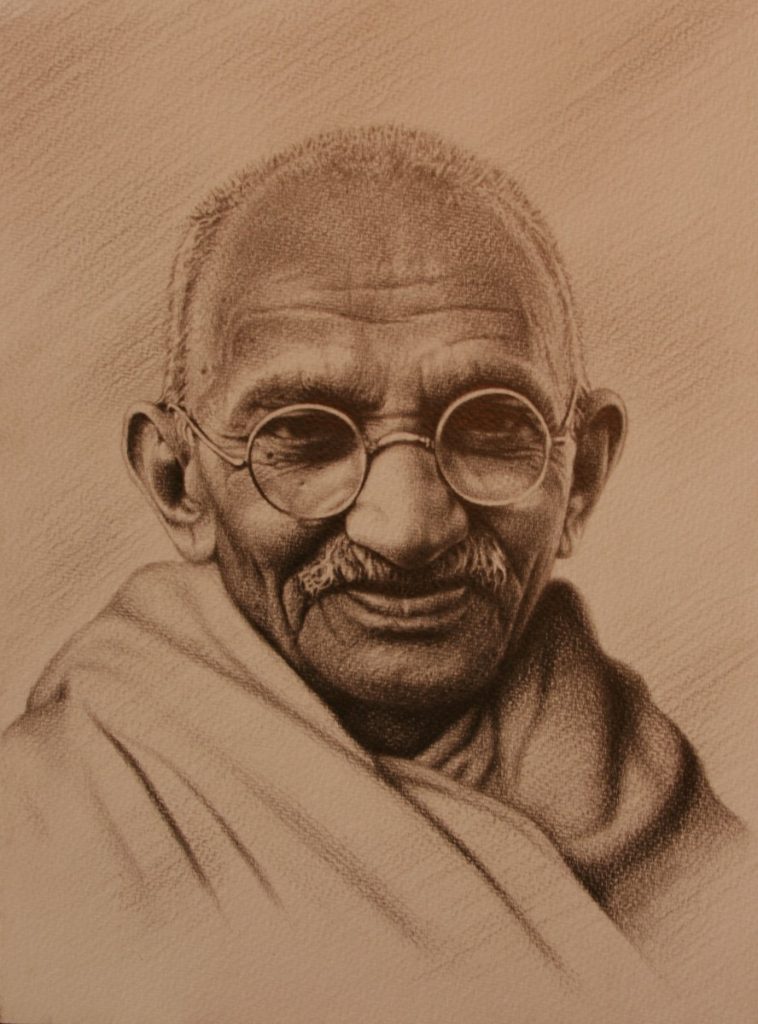 The futurist who was considered a throwback to an earlier age in his time. Sketch: Masood Hussain

While Gandhi was writing Hindi Swaraj, Europe vibrated to the sound of airplanes and cars. The telephone and the telegraph were already several decades old. Electric light spread through the streets, replacing gas lamps. Wi-Fi on an airplane can be a big deal for us today, but can we say it was suddenly less exciting to be able to cross the ocean in a matter of hours or light up entire cities at dusk?

If anything, the turn of the 20th century was a time of hope and singular belief in technology. The flaws and ill effects of industrial progress were less evident, and this was the frame upon which the juggernaut of Western civilization rested as it rushed to the ends of the earth. Hillaire Belloc captured this central truth in its crudest form:

Whatever happens
We have
The Maxim pistol
And they didn’t.

Despite all the arguments in favor of Western civilization and its claims to moral, political and cultural ascendancy over the colonial world, the most essential element of superiority lay in science, with military might its clearest exposition. .

But even that was just the tip of the iceberg. With science and guns came an industrial organization and a burgeoning culture of management and communication which combined to achieve a magical efficiency that the “lower races” of the planet could only admire with awe. India and China could go back to their ancient monuments or continue to point fingers at their zero and gunpowder inventions, but everyone in the early 20th century – in both East and West – knew in his heart where the future lay.

It was in this context, on a boat back from England to South Africa after meeting the highest echelons of English politicians and seeing British power at its peak, that Gandhi wrote a leaflet debunking the whole notion of western civilization. The themes of the book will stay with him and inform his thinking throughout his life, although he is keenly aware of the attraction that the Western model had on so many of his compatriots who thought it was the quickest path. towards a better life. The cover of Hind Swaraj.

The world only knows Gandhi for his leadership in the struggle for Indian freedom… It is the fate of many-sided individuals to be known primarily for one or two things. Gandhi’s tragedy is that he is unrecognized, if not unknown, for his greatest contribution, even in his native land. It is a real tragedy, because what he identified in Hind Swaraj was a fatal flaw that would make the twentieth century the bloodiest in history, and put the twenty-first for an ecological disaster.

Gandhi was also one of the first environmentalists, but from a spiritual and not a scientific point of view. He would not have known such technical terms as “rainforest diversity” or “population burden,” but he understood better than anyone the implications for humanity and life in general of unhindered greed.

Mark Twain joked that it was dangerous to make predictions, especially about the future. One could add, “even more when every trend is contrary to your thesis”. But that’s exactly what Gandhi did. When he started to write Hind Swaraj in 1909, he faced a resplendent, confident West at the top of the world. Even when he died some 40 years later, the Europe of 1909 was in ruins, but the European model was intact; in fact, it was still gaining followers in newer places. All the countries of the East (and the West) continued to pursue the holy grail of industrial expansion. India itself rejected Gandhi in its post-independence economic policies.

But sixty years after Gandhi’s assassination, on the occasion of the centenary of Hind Swaraj, it is Gandhi who seems prophetic …. The collective scourge of the world’s political and business elites in the years following the proclamation of a global economic crisis in 2008 is practically a CQE for Hind Swaraj, and there is something almost poetic about the collapse that coincides with its centenary. The book is a repudiation of all the sayings of a globalized industrial economy. To me, this has always seemed the work most in harmony with Gandhi’s own efforts towards liberation, not only from foreign domination but from all bondage. In his own words, “I am not interested in liberating India simply from the English yoke. I am determined to free India from any yoke whatsoever.

Niranjan Ramakrishnan has long been a contributor to Counter punch and Counter-currents and his work was carried by Z-Mag, Common Dreams and Dissenting voice. Among the print media that presented his writings were The Oregonian, the Indian Express, The Hindu, India Today and economic times. His first book, Bantaism – The Philosophy of Jokes by Sardar (2011), was hailed for its daring by the famous author and historian Khushwant Singh.