In the mountains of southern Yunnan province along the China-Burma border, locals often tell the story of Pai Ai Leng. A mythical ancestor of the Bulang people, one of the 56 officially recognized ethnic minorities in China, Pai Ai Leng fought to guarantee the prosperity of his tribe. According to legend, he first considered leaving them horses and cows, but feared they would die if an epidemic broke out. Then he considered the gold and silver, but he believed that the Bulang would waste them. “Therefore, I (Pai Ai Lang) leave you tea trees, which will be an inexhaustible source of wealth for you and your descendants.”

Although the roots of the Pai Ai Lang legend are difficult to trace, there is at least a kernel of truth. Since the early 2000s, the region’s large leaf tea bushes and the unique tea they produce, Pu’er, have become one of the country’s most valuable and sought after commodities. A kilogram of Pu’er tea harvested from “old” tea trees, generally classified as trees over 100 years old, can fetch between 1,000 and 2 million yuan ($157 to $313,000). But soaring Pu’er tea prices have brought more than just new wealth to this once impoverished border region; it also profoundly changed the social structure of Bulang communities.

“When the price of tea in my village rose from less than 15 yuan per kilogram in 2003 to 100 yuan (per kilogram) in 2005, I felt the price of tea was extremely high,” Xiang said. , a Bulang man in his late 50s, told me in an interview. (To protect the privacy of my interlocutors, I gave them all pseudonyms.) “For the first time in my life, I felt rich. I bought three motorbikes for my children that year, including one for my youngest daughter, who didn’t even know how to ride a motorbike!

Like other highland villages benefiting from the Pu’er trade, Xiang Village, Manban, in the Dai Autonomous Prefecture of Xishuangbanna at the southern tip of Yunnan, has experienced unprecedented economic growth over the past two decades. Even in 2015, Manban was still one of the most inaccessible villages in the region. On my first visit in 2012, I was stuck there for two months after a landslide cut the village off from the outside world.

The inaccessibility of the village and its mountainous terrain are also the source of its current good fortune. From the 1950s to the 1980s, the Yuannan provincial government sought to modernize tea production in the region by transforming its old-style tea gardens into new terraced tea plantations. Members of the Dai ethnic group living in the plains of the region mowed down their Pu’er tea trees and replaced them with new, higher-yielding varieties promoted by the government. But the mountain dwellers, many of whom were Bulang, generally chose to open new fields using traditional slash-and-burn techniques. Their old plantations have fallen into disrepair but have not been cut down.

A boy plays in an old tea tree in Manban village, Yunnan province, 2015. Courtesy of the author

For a time, as more productive new plantings and a wave of speculation combined to fuel a Pu’er bubble, there was little or no market for tea from these older trees. “Tea harvested from old tea bushes was considered the worst until the late 1990s, selling for less than one yuan per kilo,” Bu, a Bulang in his 80s, told me. “At the time, state-owned tea companies preferred light-colored tea with small leaves and small buds. Our tea was considered “old coarse tea” (lao cu cha), which was below the lowest tea grade. They called it “tea without quality” (jiwai cha).”

Everything changed after The Pu’er bubble burst in 2007, as a handful of surviving small and medium-sized tea companies began promoting Pu’er tea products made from leaves harvested from ancient tea bushes in a bid to enter the still-thriving craft tea market. . Soon, the “ancient tree” Pu’er went from nearly worthless to in demand, as tea connoisseurs, merchants and middle-class consumers praised its taste, time-tested cultivation techniques and heritage in as a unique tribute product to the imperial court.

It looks like Pa Ai Leng’s prophecy is finally coming true. But Ancestor Bulang’s blessings were not equally distributed.

The rapid growth of the market for ancient tea leaves has upended the distribution of wealth in Manban. The average price of spring season ancient Pu’er tea produced in Manban was 1,000 yuan per kilogram between 2016 and 2021; this is about five times the average for an equivalent amount of Pu’er produced in new terrace plantations. The result is a situation in which growers who inherited virtually worthless old tea trees are now much wealthier than those who invested time, money and labor in growing new higher-yielding varieties. raised. 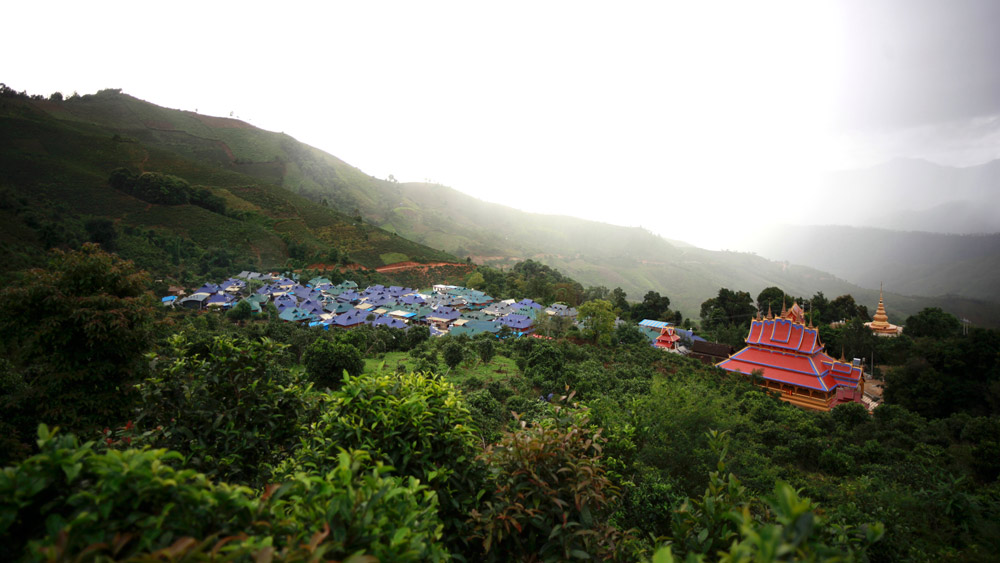 A view of Manban village, Yunnan province, 2015. Courtesy of the author

Take Bing, a Bulang in his thirties, for example. “When our family broke up in the mid-1990s, my young uncle inherited all of my grandfather’s old tea trees,” he told me. “My father didn’t want any of the old tea trees because he thought those tea trees were worthless. Now, my uncle’s family can easily earn 100,000 yuan in a single spring, while I can barely earn half that in a whole year.

Bing’s current situation hints at a point of tension in many tea-growing villages in the region. Although his immediate family was probably happy with the split at the time, the old tea trees have become a boon to his uncle’s family, which Bing cannot hope to compete with, no matter what his job. “People like me who don’t have ancient tea trees keep opening tea plantations and planting tea trees, but a sixth of an acre of terraced tea is worth less than the tea produced by a ancient tree,” he said.

The relocated villagers soon realized that the families who stayed behind – once seen as stubborn and conservative – were reaping record prices on old tea trees.
– Ma Zhen, anthropologist

The emerging socio-economic divide between the villages is even more surprising. In 2003, as part of a at the initiative of the government development and resettlement campaign for small ethnic groups, half of the villagers of Manban have registered to move to a newly built village at the foot of the mountains. The new village promised better transport links and better access to the outside world, but a few years after the move the Pu’er bubble collapsed and prices for ancient tea trees began to soar. The relocated villagers soon realized that the families who stayed behind – once seen as stubborn and conservative – were reaping record prices on old tea trees. Today, the unit price of tea harvested in the new village is 12 times lower than that of tea harvested in the old village, and many families in the new village now hire themselves out as day laborers, picking and roasting tea for their relatives. . in the old village.

“Before 2007, no girl from our village wanted to marry boys from the old village. Now we are all struggling to be their xiaogong (a term for unskilled workers),” joked Ban, a young man whose family moved to the new village. The irony of Ban’s situation – that the families who moved to the new village were following the government’s directive to expand and become wealthy, only to see their uncooperative parents in the mountains stumble on wealth overnight – is not lost on him.

The gap between rich and poor widened as those who weren’t lucky enough to benefit from the old tea boom sought a way to keep pace with their neighbours. Many locals have invested in other cash crops, from macadamia nuts to cassava, but their lack of market knowledge and relevant skills have doomed most to failure.

However, even winners are not immune to anxiety. As the value of the Pu’er increases, most households in the area have stopped growing staple crops. With so much of their wealth concentrated in a single factory, they are also vulnerable to sudden changes in the market. A woman sifts loose tea leaves in Yunnan province, 2015. Courtesy of the author

Last spring, a Bulang friend of mine told me about a information he read how 10 kilograms of fresh leaves – enough to produce about 2.5 kilograms of dried tea leaves – from a particularly old and venerable tree had sold for 10.68 million yuan at auction.

“It’s kind of a myth to me, scary,” he said. “Isn’t it scary to suddenly make so much money with just one tea tree?”

The Pu’er tea market – Pai Ai Leng’s gift to his people – is indeed looking more and more like a myth. Yet it also reflects a widespread phenomenon in China and around the world. As the commons are fetishized, their value can no longer be understood through economic theories alone. For the Bulang, the legends they tell about the Pu’er are not just stories; for better or for worse, they reflect the complex, sometimes dark and ironic reality of the modern global tea trade.

(Header image: A worker burns tea in Yunnan province, 2015. Courtesy of the author)

“The Religion of the Lost Cause” Is Back, and It May Be Winning – Baptist News…

“Office of Premonitions” Review: Shadows of Things to Come